CSols Inc. > Purchase Justification > The Benefits of Implementing a LIMS – Beyond ROI

The Benefits of Implementing a LIMS – Beyond ROI 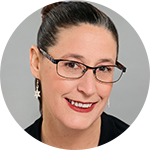 Cindy Novak has worked in Lab Informatics for Pharma for more than 20 years. She has been involved in all levels, from sourcing to decommissioning, for both global and local installations. In this invited contribution, she will share her insights on the benefits of implementing a LIMS in your lab.

Opinions expressed by CSols Inc. contributors are their own.

Over the past 20+ years, I have implemented numerous laboratory information management systems (LIMS) from multiple vendors, always as a customer. One of the earliest lessons I learned is that return on investment (ROI) is NOT a benefit of a LIMS. I start with this because every business case I’ve ever written for a LIMS has included the expected ROI. What many organizations fail to recognize are the other categories of benefits that are just as important, if not more so. These benefits depend on the type of environment, the size of the company, and how the LIMS is being implemented.

Why Is ROI not a True Benefit of a LIMS?

Every project I’ve worked on, I’ve played the numbers game required to get projects approved. We’ve all done this. You pull together the cost of the hardware, the software, consultants, and sometimes, internal resource costs. Let’s think about the reality behind those numbers.

The estimated cost of hardware is often based on purchasing new hardware. However, in today’s environment, rarely do we invest in new hardware. We leverage existing hardware platforms, spin up a virtual machine, or use Amazon Web Services, Azure, or other cloud hosting.

The software numbers are often pre-negotiations. You can’t negotiate the true cost until the project is approved. Therefore, you go with the vendor cost, and adjust after project approval.

Internal resource cost savings are misleading as well. The reality is, you pay for those resources whether they are part of a project or not. And the rates used? That is usually a predefined number provided strictly for the purpose of calculating project costs. I can guarantee I’ve NEVER been paid what they charge for my time in a project!

Next, let’s look at the other side of the ROI fallacy. The two most common factors people provide to justify ROI are time and headcount. The time savings that we always claim labs will see never seem to materialize. Instead, personnel are reassigned to other tasks in the lab and the time saved by using a LIMS is seen in the shift from paper to the digital version.

In my 20+ years’ experience, I have yet to see headcount reductions as a result of implementing a LIMS. However, when justifying ROI, using a headcount reduction calculation is straightforward and easy to present: Standard hourly rate × headcount. Because a LIMS is not intended to replace people, but to become more efficient, your actual reductions are in paper and in human error.

What Are the Real Benefits to Implementing a LIMS?

When developing your justification for implementing a LIMS, below are the true areas in which you’ll find value to calculate and defend. Benefits of a LIMS will vary, depending on the area of your organization: R&D, Quality, or a combined environment.

Although a LIMS is less common than an electronic lab notebook (ELN) in R&D, there are several LIMS designed specifically for use in R&D that offer benefits in this environment. They support flexibility for R&D scientists while providing enough structure to simplify reporting, trending, setting specifications, etc. When a LIMS is combined with an ELN in R&D, the need for paper notebooks is removed. Additionally, R&D LIMS are extremely beneficial for companies as they move toward fully digital lab environments.

The benefits of implementing a LIMS in Quality are focused primarily on regulatory compliance. When implemented and validated properly, they bring a higher level of compliance to an organization. They provide controls around sample tracking, result management, and lot release. When interfaced with instruments, a LIMS adds efficiencies by eliminating the need to transcribe results from instruments to the LIMS. Finally, implementing a LIMS enhances data integrity throughout the labs.

In addition to the compliance factors, a LIMS provides sampling labeling, standardized reporting, and data trending. This provides better sample tracking from inception to release. Real-time results trending performed within the LIMS allows early detection of out-of-trend results and potential issues within manufacturing, potentially saving hundreds of thousands of dollars.

Combining a LIMS across both R&D and Quality provides benefits beyond those previously described.

The most obvious benefits of a combined system are enterprise licensing and system support. By combining environments and having a single set of licenses, vendors are more likely to provide improved pricing for licenses and support. This helps with the overall cost over time.

Combining environments simplifies support within an organization. More people will understand the system and how it’s used, and this simplifies application support. A combined environment also reduces the number of installations that need to be managed.

The greatest benefit of a combined system is the movement of product and methods from R&D to Quality. If everyone is using the same LIMS, moving product specifications and executing method transfers become easier and take less time for the technology elements. I have found this to be a tremendous benefit in past projects. However, if you aren’t moving the master data between systems, you don’t have to worry about differences in data construct.

Similar to variations in benefits by area of the company, the benefits of implementing a LIMS also depend on the conditions under which you implement.

For large companies, implementing a LIMS based on region can be a logical strategy. Breaking out a LIMS by region can improve performance and encourage user adoption. When implementing in areas without robust infrastructure regional instances are preferred over a single global instance to reduce accessibility and performance issues. It is also very common for specific regions to have language requirements. Although LIMS vendors all offer options that allow configuration for multiple languages, it can add to the cost and complexity of a LIMS. Implementing LIMS regionally, in local languages, makes implementation easier and simplifies support once the system is live.

Did you know that you can implement a LIMS using Agile methodology? Traditionally, a LIMS is implemented using the waterfall methodology. There is something to be said for using the tried and true; we are all familiar and comfortable with the waterfall method. Using known processes makes it easy to set expectations. But Agile is a viable option for LIMS Implementations as I’ll share in my story below.

I only recently tried to run my first Agile LIMS project. Although it wasn’t a complete success, and ultimately used more of a hybrid methodology, it brought some interesting insights to the benefits that can be realized with this approach. The biggest benefit was that development of the system was achieved in approximately 7 months and included all the functionality needed to successfully run the system in all areas of the business. There was no need for a phased approach. Unfortunately, the validation portion of the project was managed using the traditional waterfall approach and took longer to complete than the development. If the project had been fully agile, we would have achieved full system implementation in about 9 months, as opposed to the 12 to 18 months a project that size would take using waterfall methods.

There are so many benefits of implementing a LIMS, from compliance to standardization and to reporting and trending. Whether your implementation is small or large, you can realize significant benefits that have nothing to do with ROI.

Before you start your project, evaluate what your goals are. What do you want to get out of your LIMS? Are you looking only at the short-term, for reporting and data retrieval? Or do you have your views set on the bigger picture and how you can use the data in the long term?

Build your LIMS for a fully digital solution and you will reap greater benefits.

What benefits have you realized that don’t include ROI? Share your comments below.